On the brink of a viral video smash

Hozier’s Guitars originally published this post on August 29, 2015 on Storify.

It’s easy in hindsight to take the success of the Take Me To Church video for granted. On the eve of the 2015 MTV Video Music Awards, the video is nominated for Best Rock Video and Best Direction alongside videos for mega stars with mega budgets. It has more than 325 million views on Hozier’s official channels, yet, its beginnings were very humble.

This is a two-part feature on the Take Me To Church video. Part 1 focuses on the making of the video, while Part 2 looks at how the video went viral.

Let’s look back to two years ago to see how the video for Take Me To Church came to be.

Take Me To Church EP

3 JULY, 2013 – Hozier posted his Take Me To Church EP on Bandcamp as a free, or pay-what-you-like, download.

This is what @hozier's original Bandcamp page from 2013 looked like. We've published a feature on the making of the Take Me To Church video. http://bit.ly/P1TMTCv #hozier #takemetochurch (Part 2: Viral Smash http://bit.ly/P2TMTCv)

24 JULY, 2013 – Cork-based video director Brendan Canty of Feel Good Lost found the EP by a virtually unknown Hozier who had a mere 400 Likes on his Facebook page at the time. He Tweeted his compliments and a link to the Bandcamp download.

Shortly after, Rubyworks, Hozier’s label, got in touch with Canty to discuss doing a video for Take Me To Church. They agreed on a tiny budget of €1,500.

7 AUGUST, 2013 – With the upcoming Olympic Games in Russia, the news of LGBT persecution was a hot button news topic. English comedian, actor and activist, Stephen Fry posted an open letter on his Tumblr about the situation.

The next day, Hozier’s friend Stevie Appleby from the band Little Green Cars, shared the link on Twitter. Hozier later said that he had also followed the situation through AllOut.org.

The situation in Russia was on Hozier’s mind as he began discussions with Canty about the video for Take Me To Church.

Brendan Canty: “The original idea was written by me and Emmet O’Brien. It was about the suppression of intelligence in a totalitarian-type state. A lot of the scenes were very similar: trying to hide information, soldiers coming after them, people being dragged, a burning. Andrew [Hozier] really liked it but suggested that we base it on the situation in Russia where homosexuals are being ostracised and attacked. So we took that idea and rewrote the story around that.” (Joe.ie, July 2015)

Hozier: “[The video] references the recent increase of organised attacks and torturing of homosexuals in Russia, which is subsequent to a long, hateful, and oppressive political campaign against the LGBT community. The song was always about humanity at its most natural, and how that is undermined ceaselessly by religious organisations and those who would have us believe they act in its interests. What has been seen growing in Russia is no less than nightmarish, I proposed bringing these themes into the story and Brendan liked the idea.” (State.ie, September 2013)

Hozier: “It was done in Cork and it was filmed on September 9th, 10th and 11th. It was edited very quickly and then it launched.” (The Prowlster, October 2013)

Brendan Canty: “Location-wise, the urban wasteland was the inner city area around Togher, and the house was at the time my Aunty’s. We were able to set a fire on their land, which made things easier.” (HotPress, April 2015)

With such a small budget the team had to get creative.

Brendan Canty: “From Adam (the producer) sourcing Eastern European football scarves for the thugs to wear, to my uncle lighting a massive (and probably illegal bonfire) in his field, to the heated discussions on what makes better blood… brown sauce or ketchup (we realised it didn’t matter as it was going to be in black and white anyway).” (Joe.ie, July 2015)

As one big video shoot ends another begins. 1st day of shooting finished for Hozier @hozier

10 September, 2013 – Hozier was in Dublin for the official launch of his Take Me To Church EP at the Unitarian Church while shooting continued in Cork. 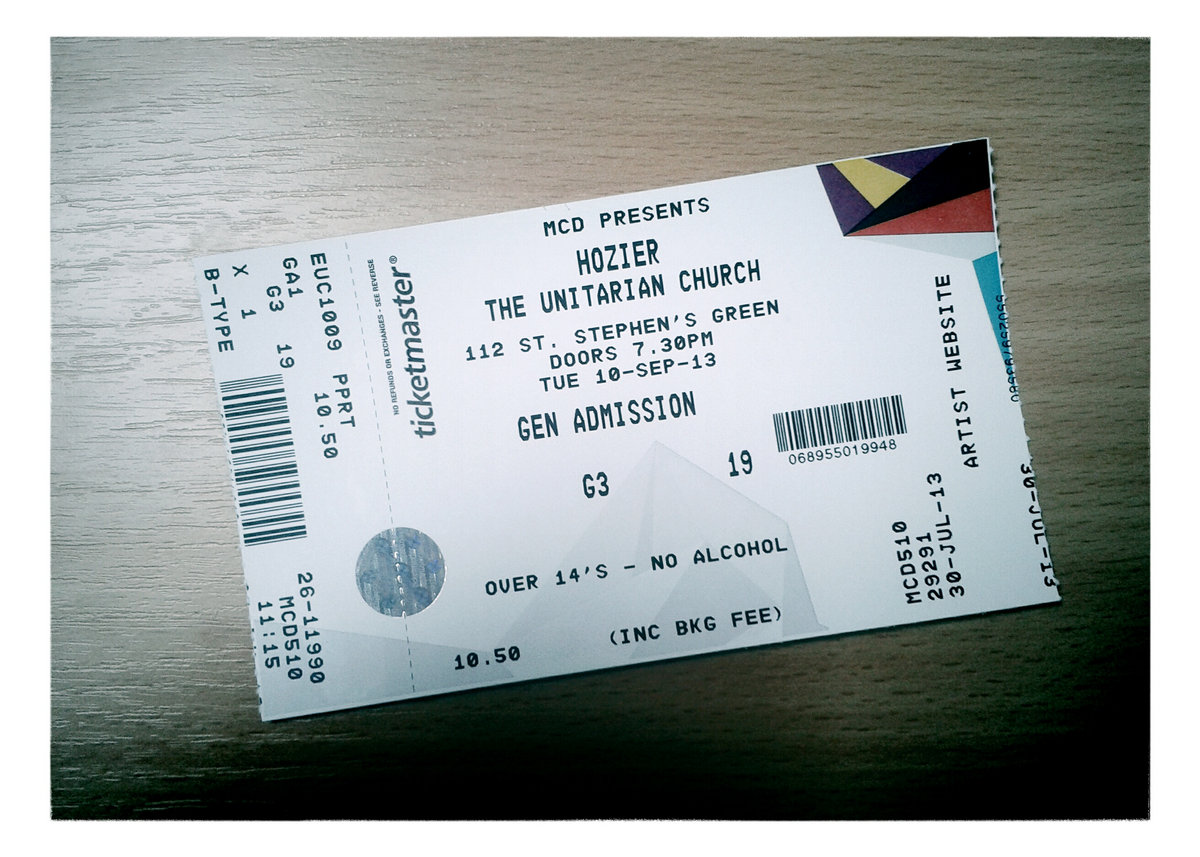 11 September, 2013 – Hozier joined the last day of filming in and around Cork where he made a small cameo in the video as one of the masked thugs. (Hint: he’s the tall one.)

Hozier closed off the day by playing an acoustic set at The Pav.

HOZIER joins Steelbone tonight in the bar.He's doing a short acoustic set as he is down with @brendan_canty doing a vidyo. Its free .9.30pm

Brendan Canty: “Luckily I know these guys, Emmet O Riabhaigh, Daniel Coughlan and Patrick Sheahan who have a comedy group together, the Derrynane Robot Club, that I’ve worked with since I was 16. They’re clever actors, but most importantly they’re best friends and trust each other 100%.” (Hot Press, April 2015)

The fact that these actors came from a comedy background isn’t lost when you watch the hilarious behind-the-scenes clips from the video shoot.

These video clips are courtesy of Damien Murphy. “This was taken of me in costume on the last day of shooting Hoziers ‘Take me to Church‘ video.”

Latergram: This was taken of me in costume on the last day of shooting Hoziers 'Take me to Church' video. Check out some bts videos earlier in my instagram. #Hozier #takemetochurch #ireland #music #quietonset #BTS #musicvideo #feelgoodlost

23 SEPTEMBER, 2013 – Feel Good Lost posted stills from the shoot to their Facebook page.

Our video for @hozier's incredible song "Take Me To Church" will be released tomorrow. very proud of this one. https://t.co/EQEaDT9QyW

The next day, the video for Take Me To Church would go viral, catapulting Hozier into the limelight much faster than anyone could have imagined.

Continued in Part 2: The Take Me To Church video goes viral.

Cello there, Alana!
Part 2: The Take Me To Church Video Goes Viral